Peru! Land of Machu Picchu. I went on a three day trek through the Andes and then finished with a visit to Machu Picchu.

The success of this adventure was in question from the start of planning back in March and had caused me some anxiety. Going back a few months, I injured my foot in Cairns, Australia, and spent the next six months recovering. For some reason that didn’t stop me from booking a three day trek through the Andes to Machu Picchu, largely on the recommendation of travel friends. After months of recovery I felt like I was finally in a good position a couple of weeks before I left.

I had bought a larger backpack for this trip, but at the last minute I had packing anxiety and I went with the smaller old reliable grey bag from last year. It ended up being my day pack this time.

On the first day I arrived in Lima. That’s pretty much all I have to say about Lima besides the Peruvian chicken being tasty. I met some of the group there, Rich and Annette from New York, Emily and Trish from London, and Robin from Holland.

Next we flew to Cusco. Elevation: 11,000 feet. There I spent the day acclimating to 11,000 feet. I had an alpaca steak, potato skins, and a pisco sour for lunch. Also shortness of breath and a headache. 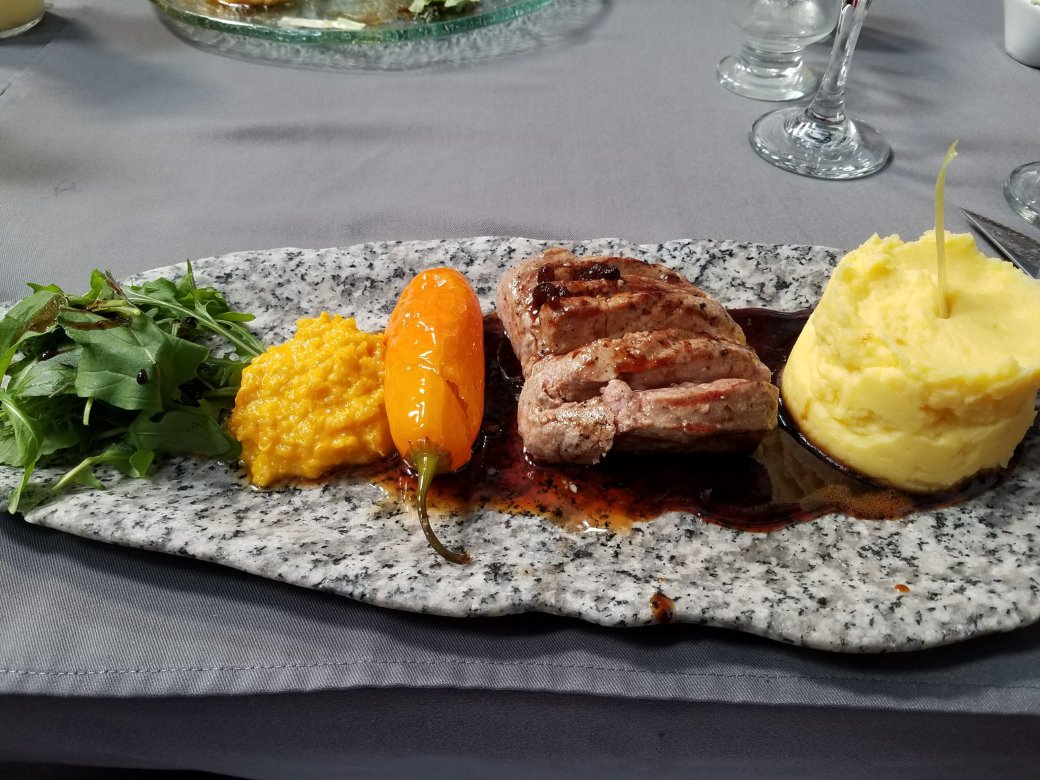 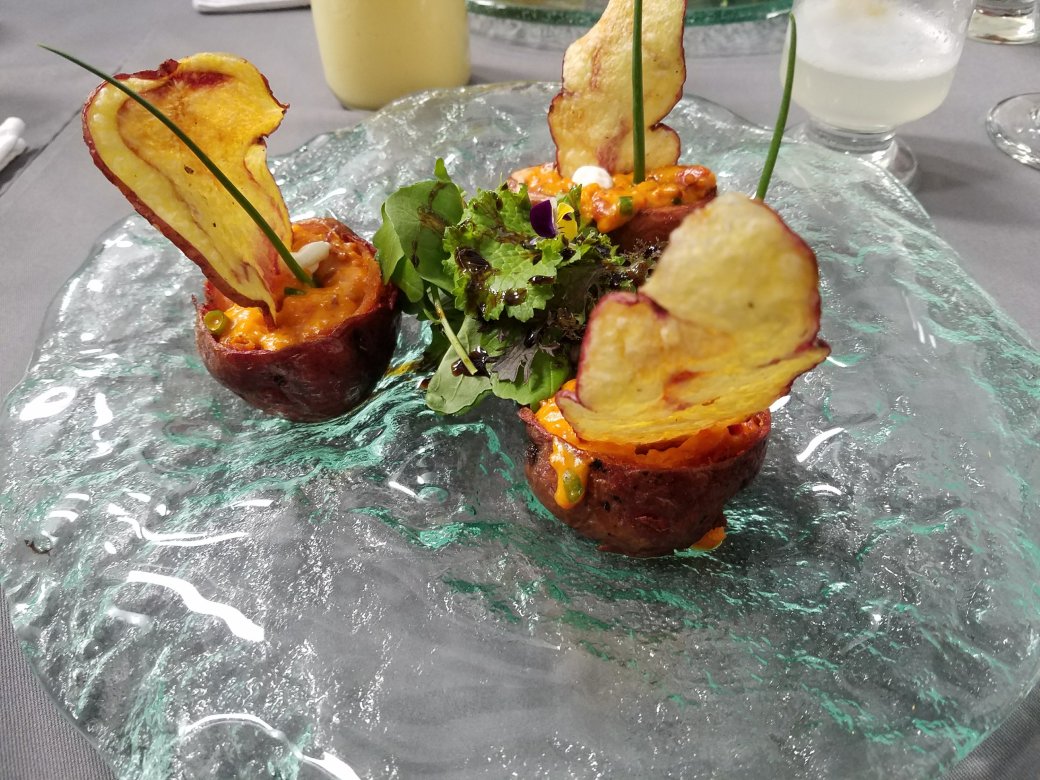 Later we met Tom and Connie from Sydney, and Jean and Stella from Seoul. We went out to explore the square, stopping for crepes for a late snack on the way back.

We also saw a band playing in the street, and there was some street dancing. 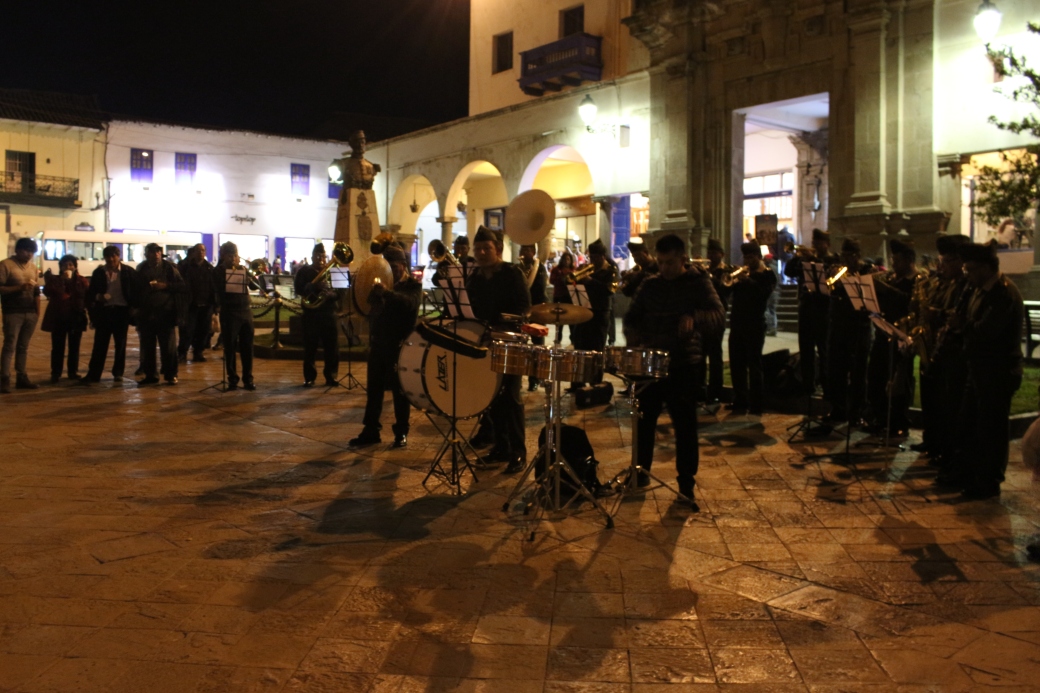 The next day we took a tour of the sacred valley of the Incas before arriving in Ollantaytambo. On the way we saw how traditional weaving was done.

Then we saw how bricks and clay pottery were made. 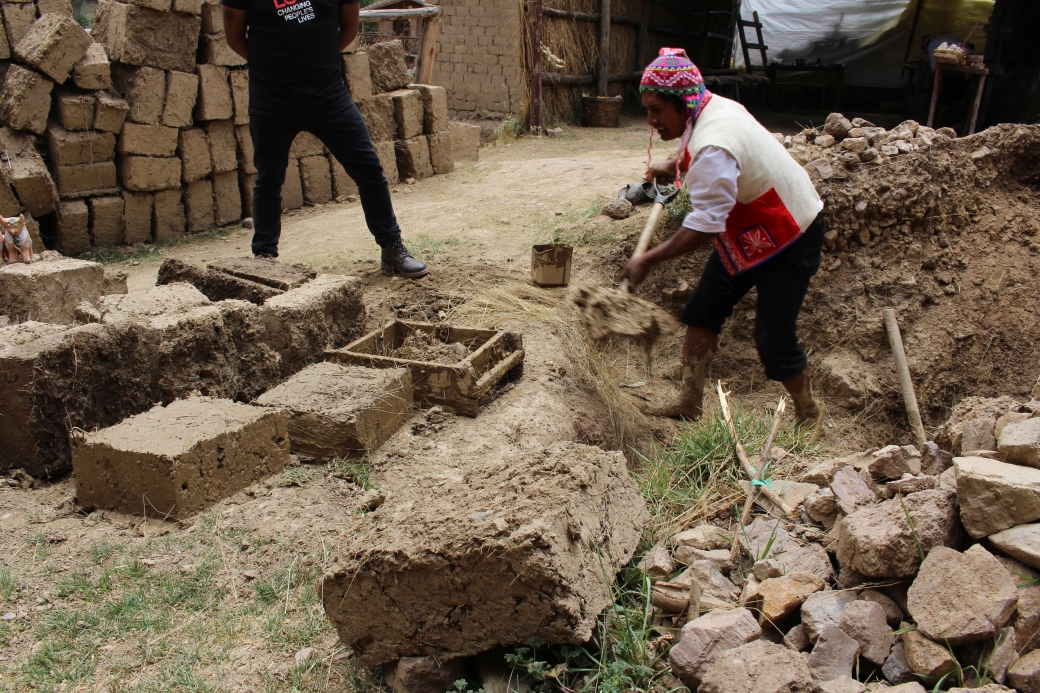 At lunch we met Beth from Minnesota. The next three days were the Lares trek.

We spent the first day climbing to 12,400 feet. We found some Bambinos along the way and gave them gifts of bread and fruit. Bambinos are children. Adorable children.

After six hours of hiking we reached our first camp.

We had tea and dinner, and went to bed early since we were exhausted and starting at 5am the next day.

Day 2 of the trek was 12 hours of hiking. Six hours up and six hours down. I spent most of the day hiking with Rich, Annette, Tom, and Connie. As we approached the summit it stated to hail. 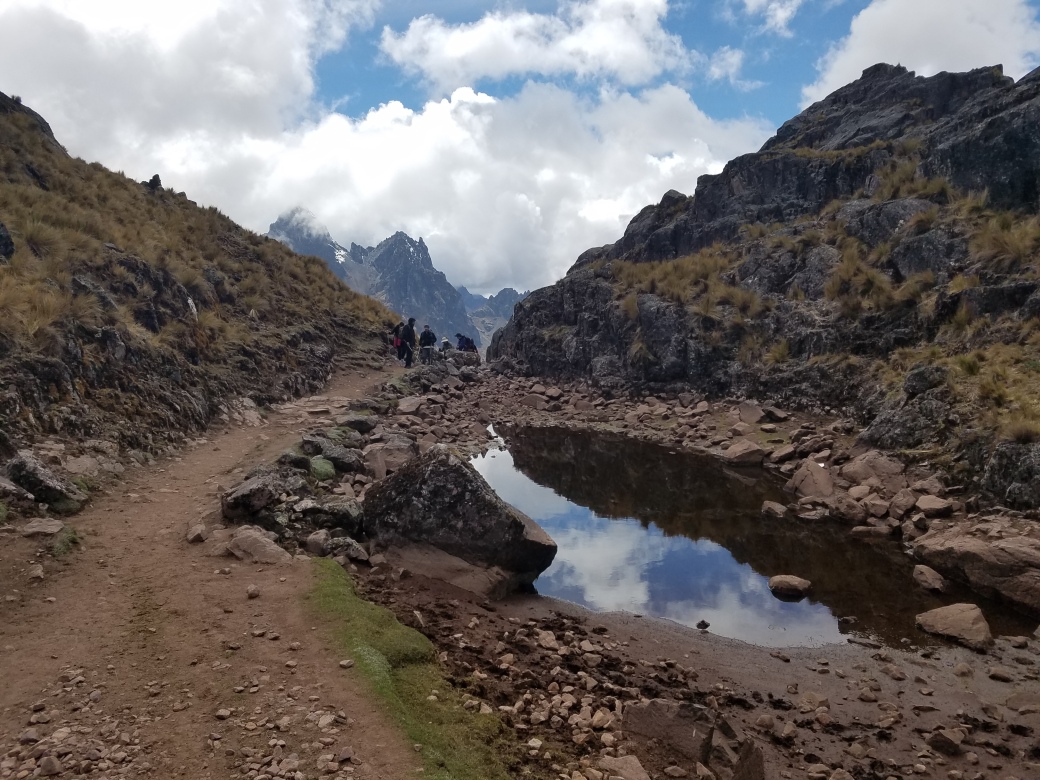 The mountain pass reached an elevation of 4800 meters, or about 15750 feet. We reached the summit around 12:30. A few of us struggled with the elevation, and I had to stop frequently to catch my breath. Steps are the worst. It was also freezing cold and I was happy to have brought my winter clothing. Reaching the summit was worth it though. The pictures don’t really do it justice.

On the way down we passed though and had lunch in the spongy moss lands (technical term). At one point I lost the trail, but lunch was in sight, so I just walked directly there.

The third day was all downhill, which had its own challenges. We stopped at some ruins and a small village with b more Bambinos.

We completed the Lares trek shortly after noon and had a huge lunch.

That night we took the train to Agua Caliente, the town next to Machu Picchu only accessable by train. We woke up at 4:30 the next morning to see Machu Picchu.

Then I went to see the Sun Gate, where the Inca trail ends, with Beth. We met Frank, Christine, and Robin there. 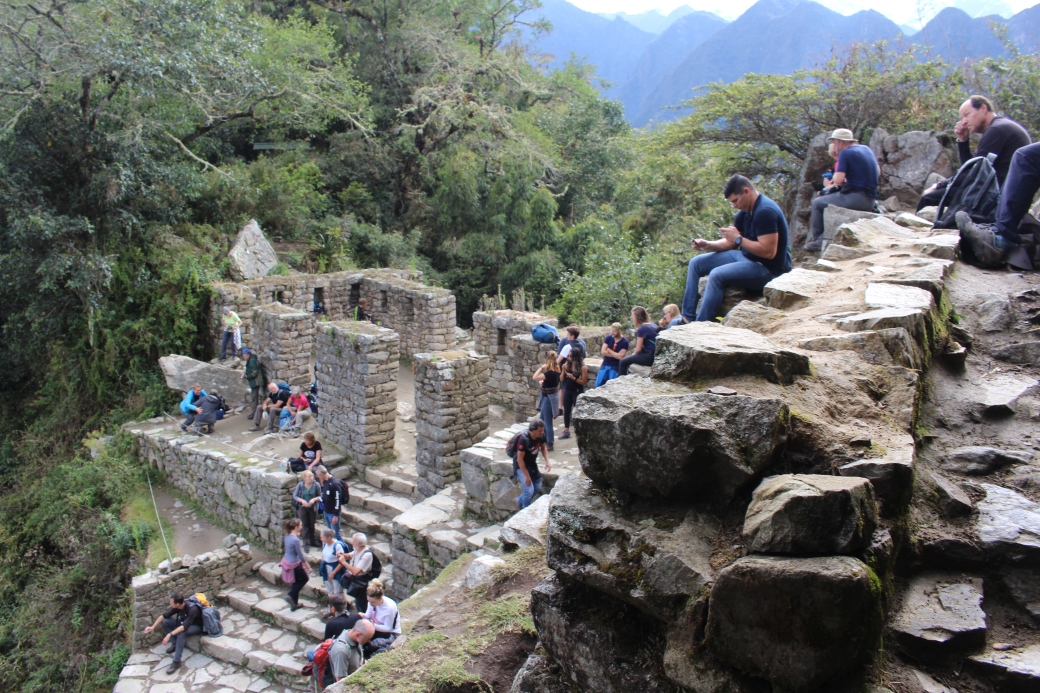 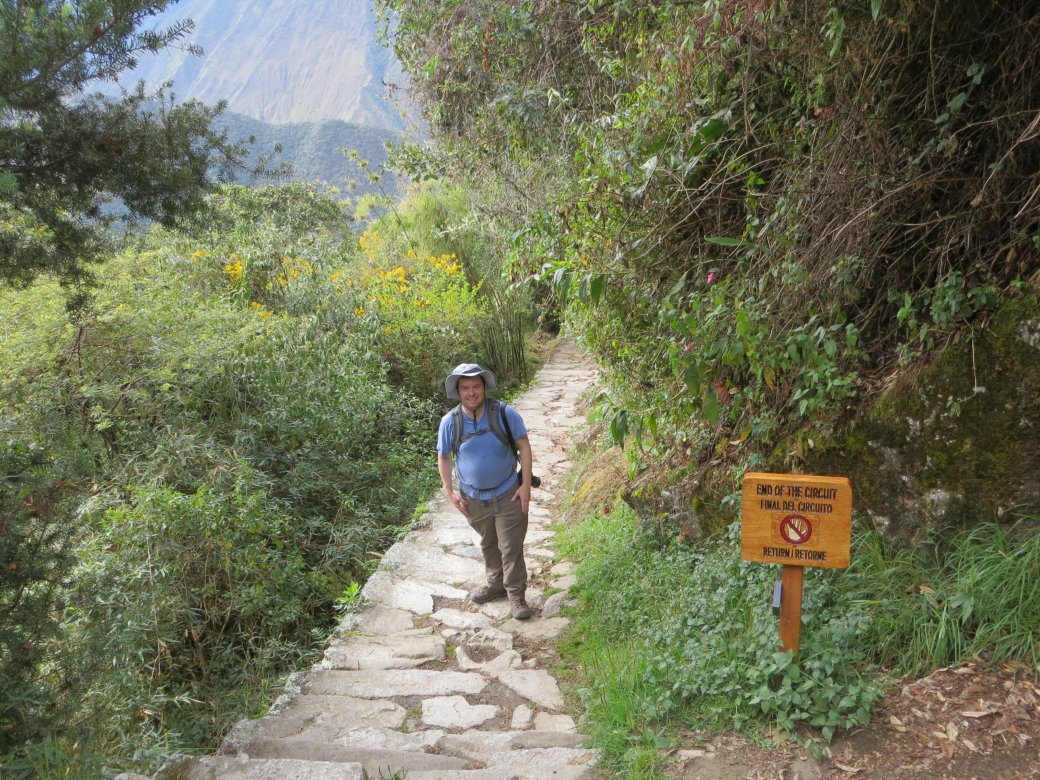 Then we had a guided tour of Machu Picchu. We learned about the history of the Incas, how Machu Picchu was built, and the role the Spanish played. Later we went over the different structures and temples and their functions. 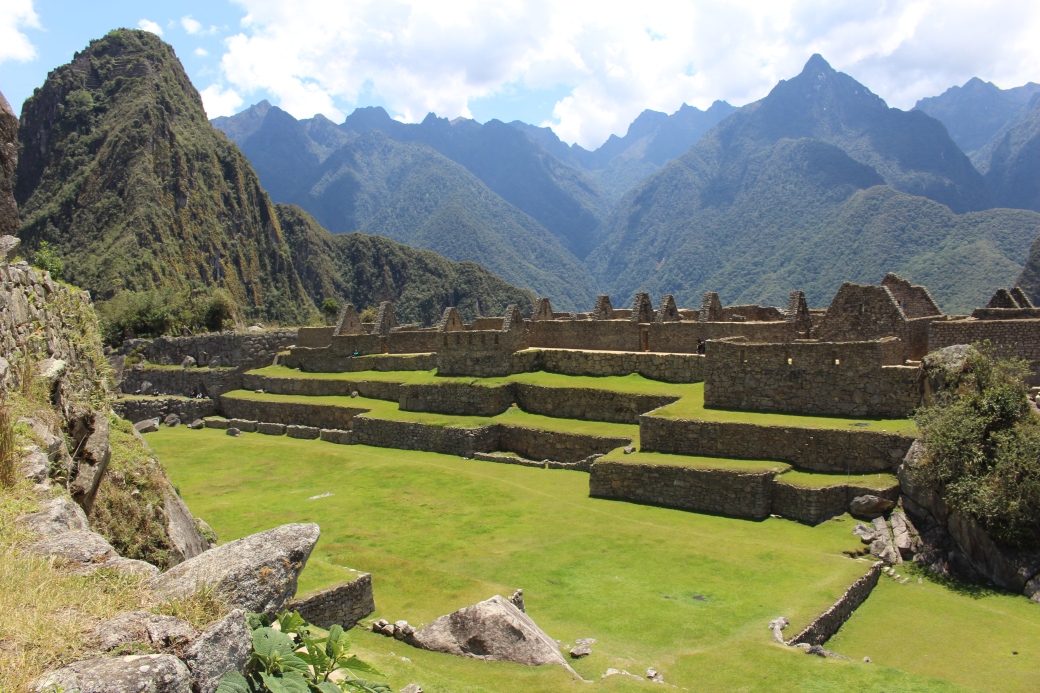 Machu Picchu has its own passport stamp, so I made sure to get that. After lunch we took the train and a bus back to Cusco.

The next day I went on a city walking tour of Cusco with Beth. 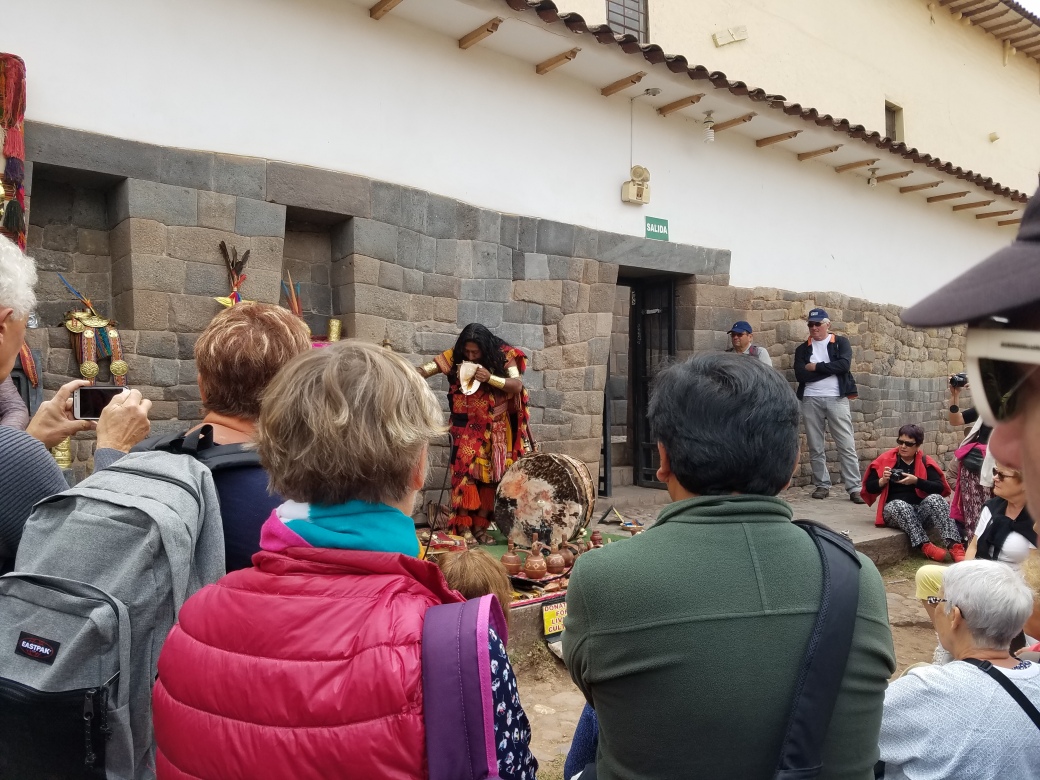 ‘We had lunch afterward with someone we met from London. Then we went to explore the market and saw a parade on the way. 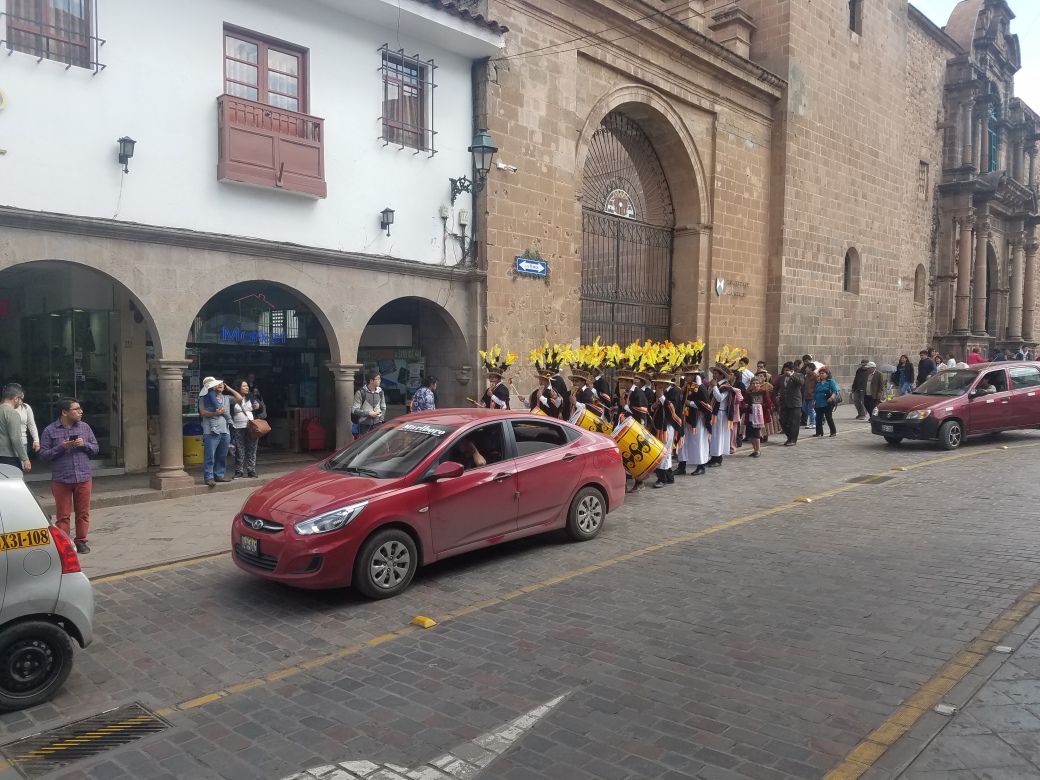 Afterward we browsed the art in the square and stopped for drinks before my flights home. A 24 hour adventure including a 2:30am flight to Montreal. I was a little grumpy going through customs.

That was my first time in South America. I’ve now been to six continents… I’m not sold on Antarctica yet though.

There were other things to do in Peru, such as hiking up Rainbow mountain and going into the rain forest, but I only had a week, so maybe another time. While Machu Picchu was beautiful and did’t disappoint, my favorite part of the trip was the Lares trek.