I added Chiang Mai to my travel plans back in India, largely due to the recommendations of friends. I arrived in Chiang Mai on Thanksgiving. I had some delicious chili chicken, so close enough. Then I went to see Wat Chedi Luang Worawihan. 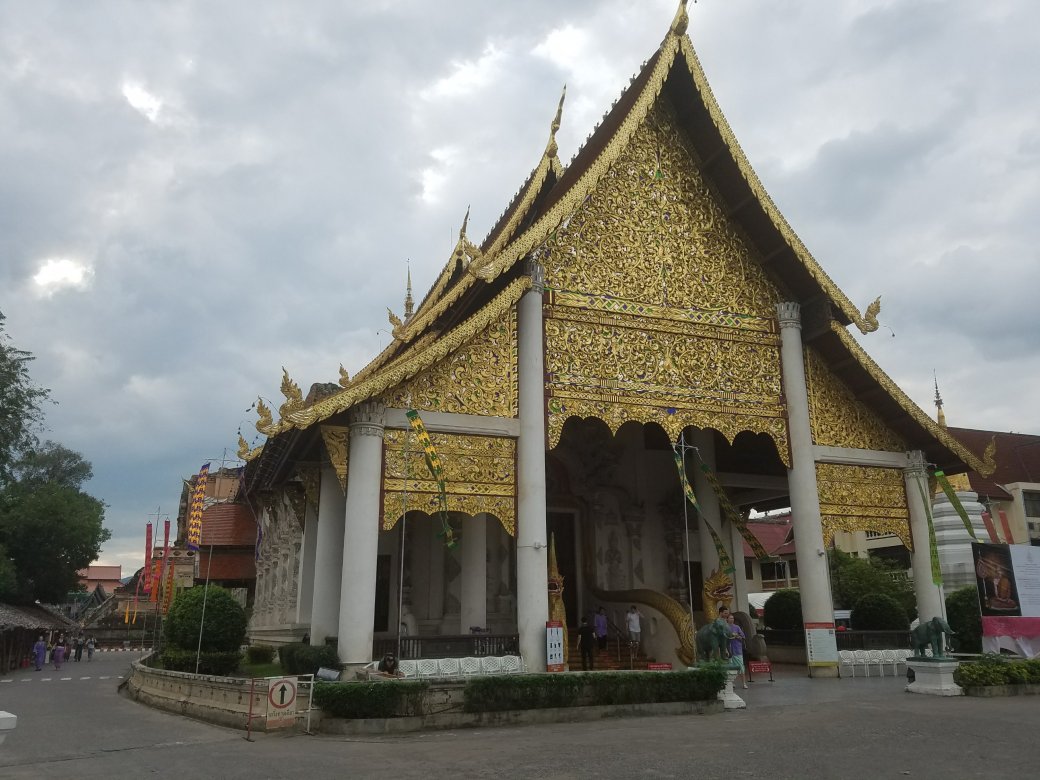 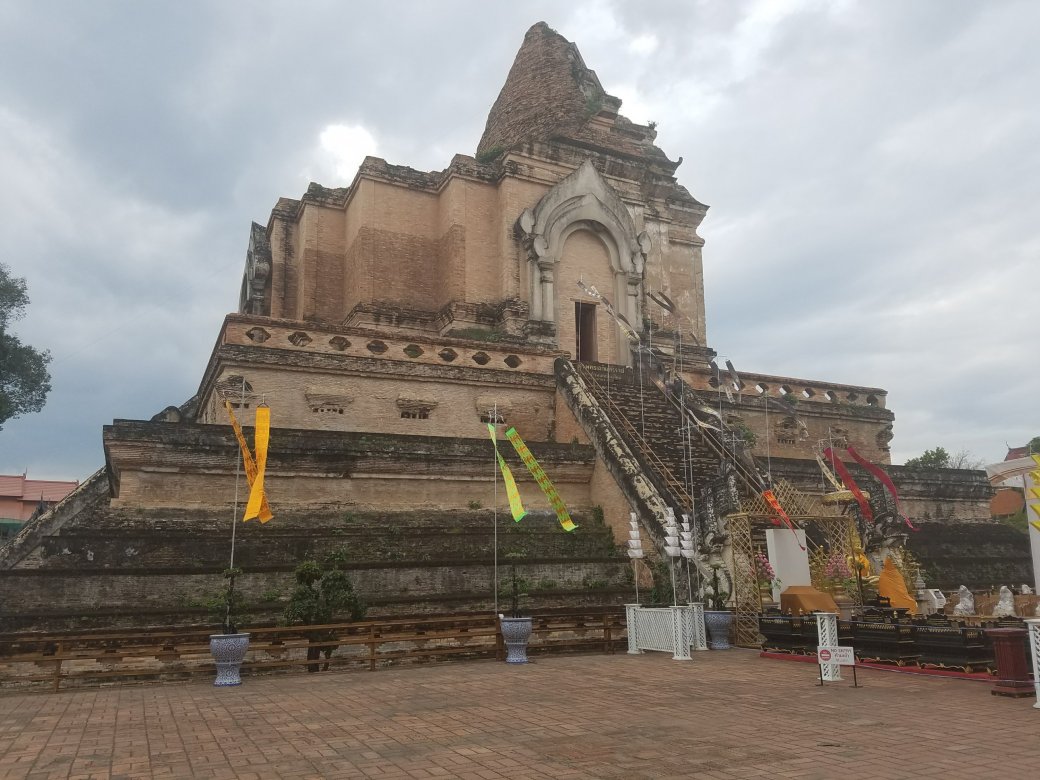 Friday I went to the elephant sanctuary. I met Mary and Maura from Ireland and people from Chicago and California. For the most part it was just me and Mary and Maura.

The elephants we met were a family of six. There was a two year old baby elephant, and an elephant that was pregnant. Most of the elephants were formerly used for elephant rides. They were bought when some laws changed that made keeping elephants more expensive. Elephant riding is considered unethical, and it took the rescued elephants six months to start trusting humans again. 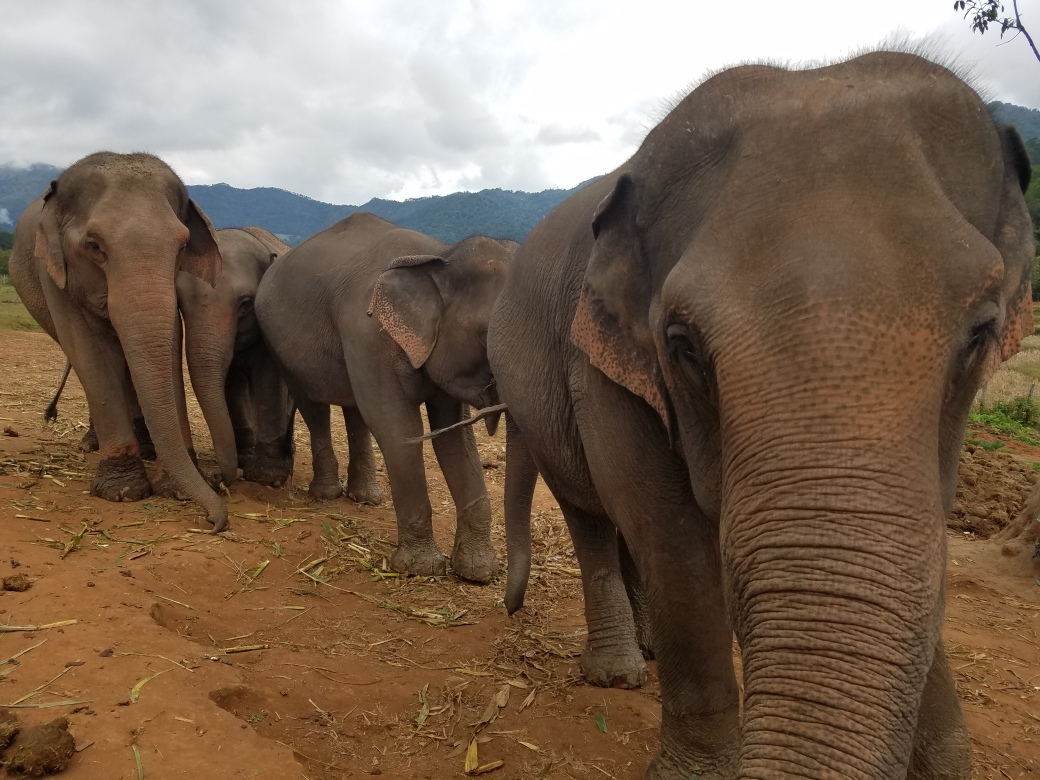 We started by feeding the elephants. They eat 250kg of bamboo a day so we were just giving them a snack. They would reach out and take the bamboo and bananas with their trunks. The baby elephant took the food directly from the bag. 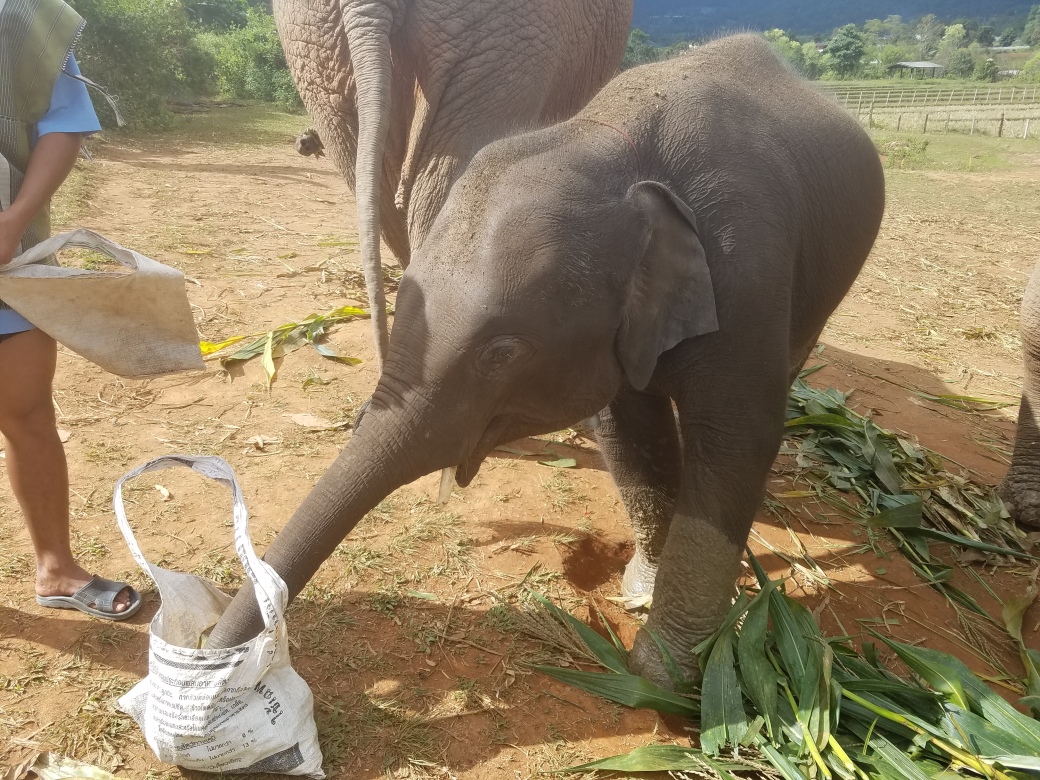 Next we went up the hillside to see where the elephants sleep. It was like post snack exercise. For us too. 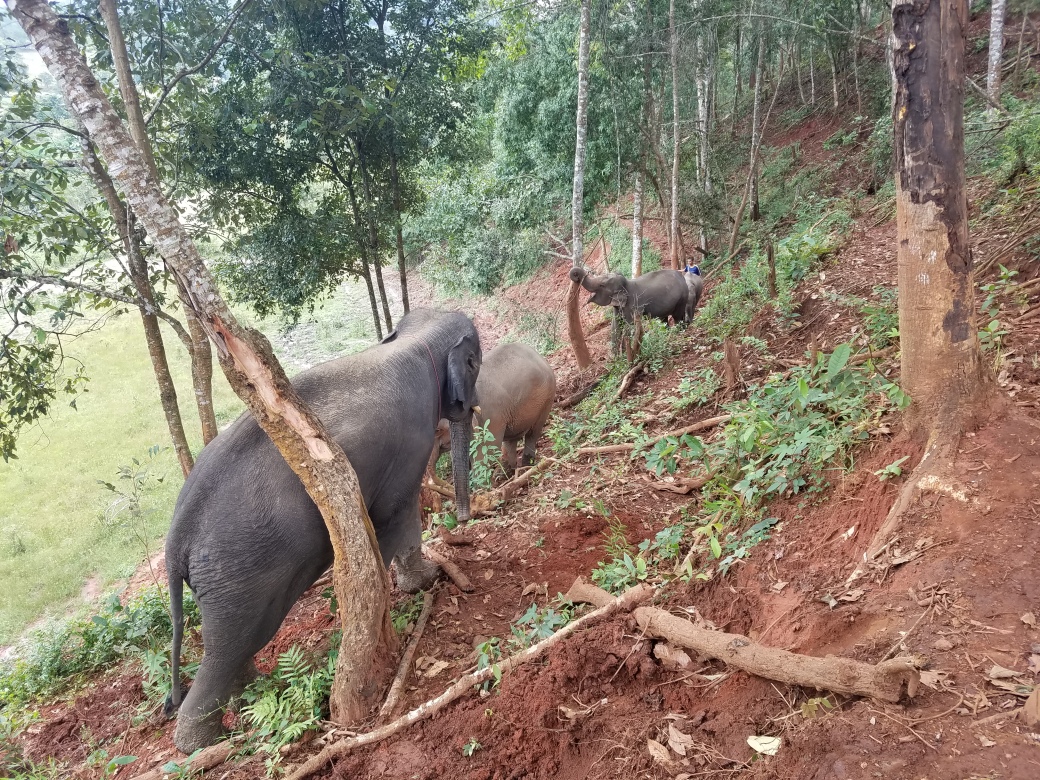 We had some potato curry and rice for lunch and then it was time to wash the elephants. Washing the elephants meant we had to cover them in mud, then rinse it off in the stream. 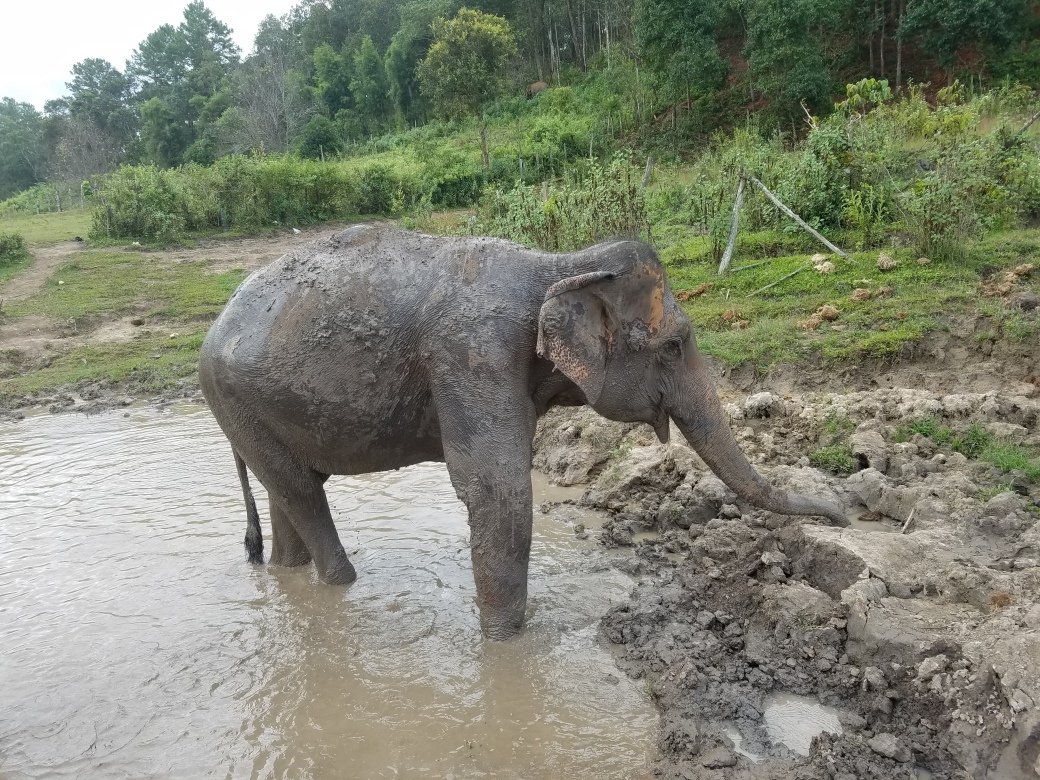 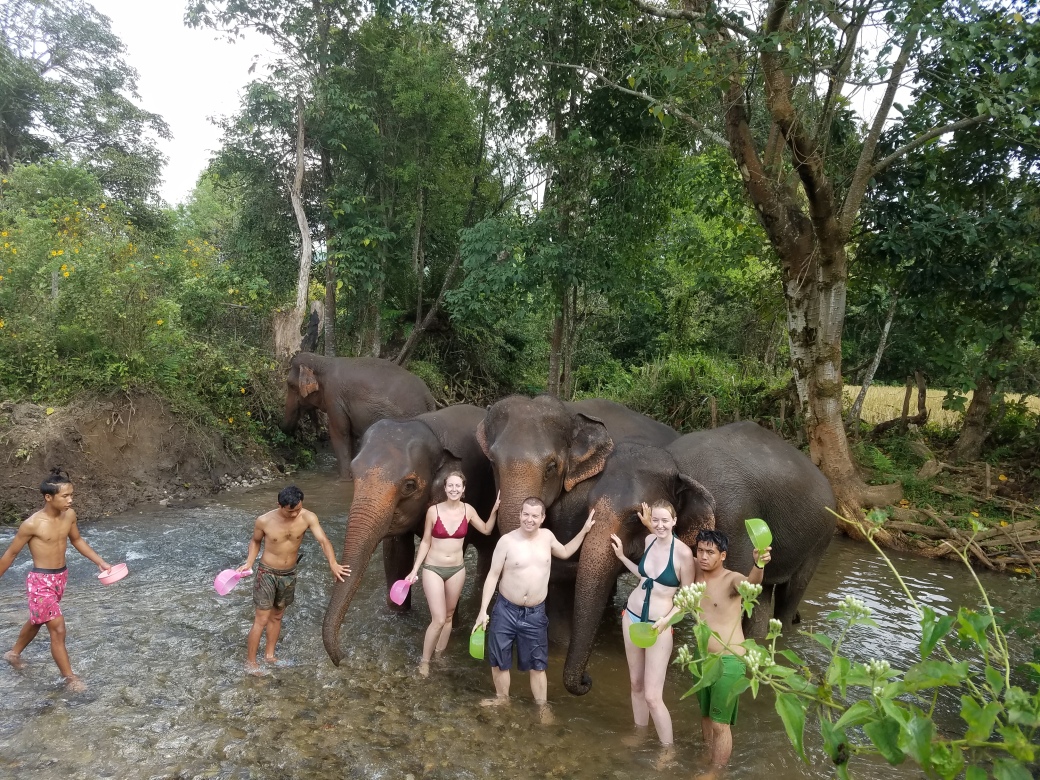 Friday night I went to the night market, where there was a ton of live music. 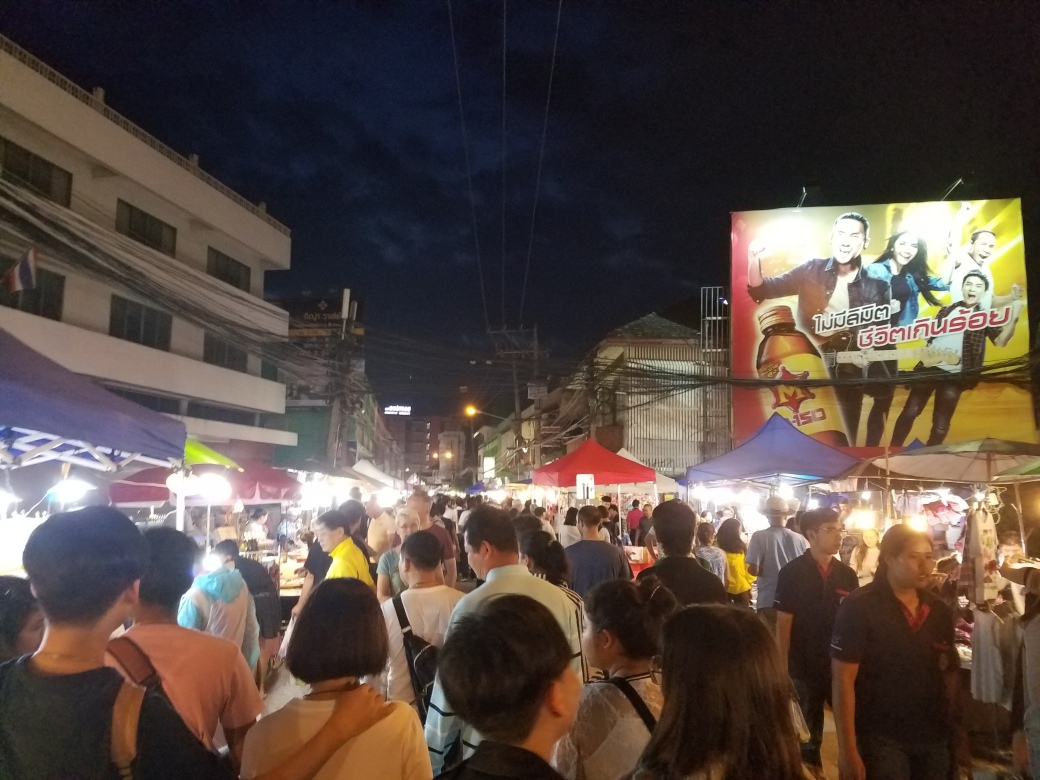 Saturday we walked around the city center and went to see a few more temples. Then we went to the Saturday night market which was incredible. It was probably my favorite market so far. I stumbled upon Wat Sri Suphan. Right after I paid to go in I was pulled into a Buddhist ritual. A description of that wouldn’t do it justice, here’s what it looked like though. 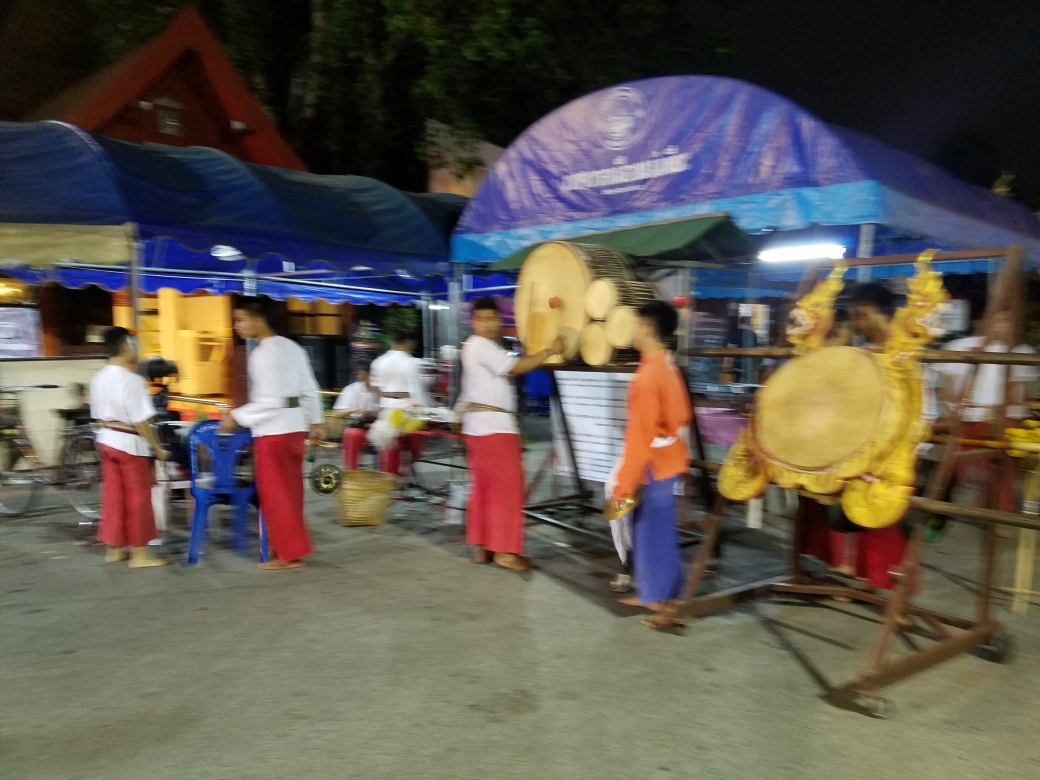 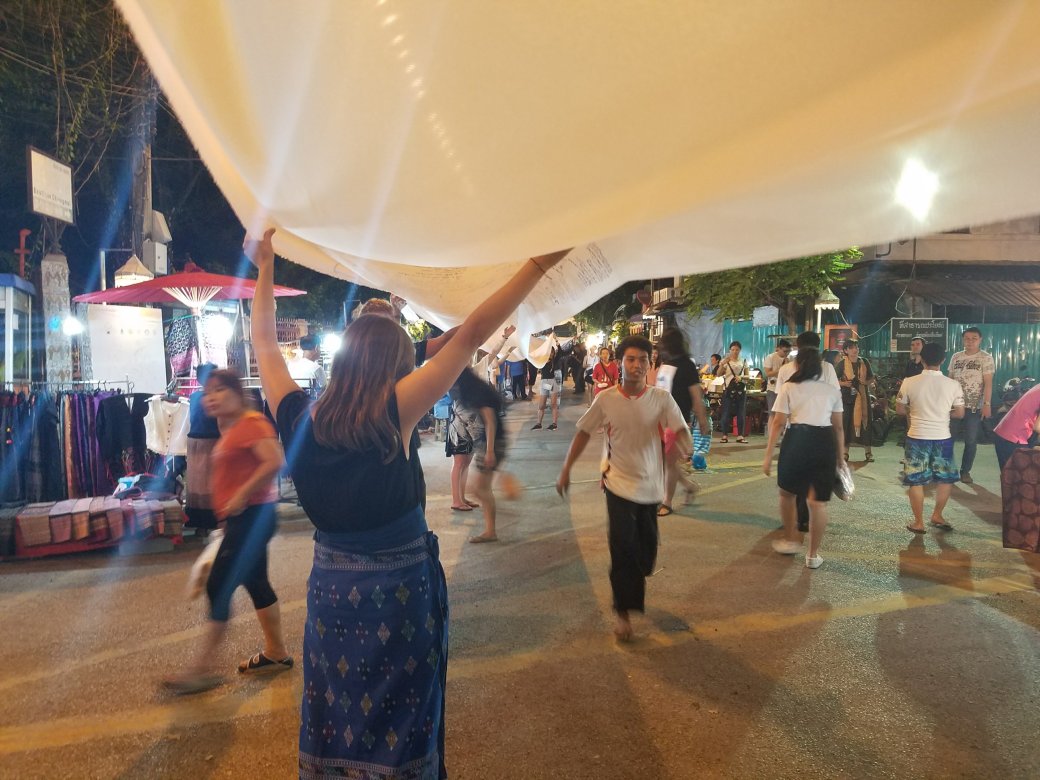 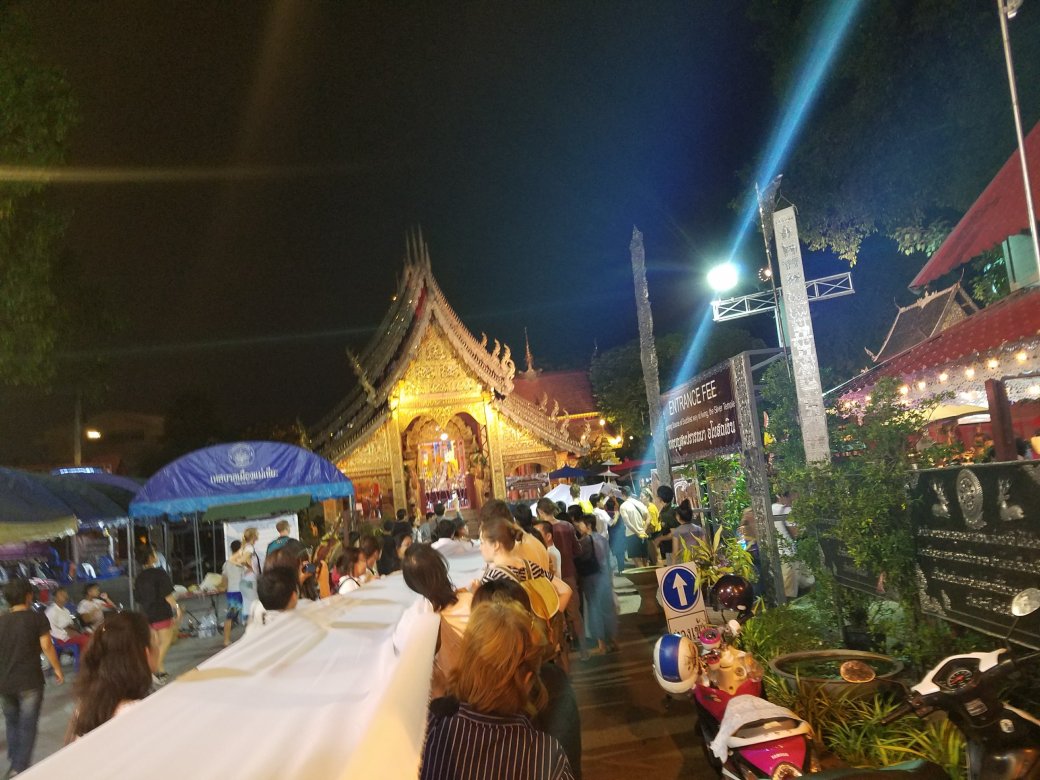 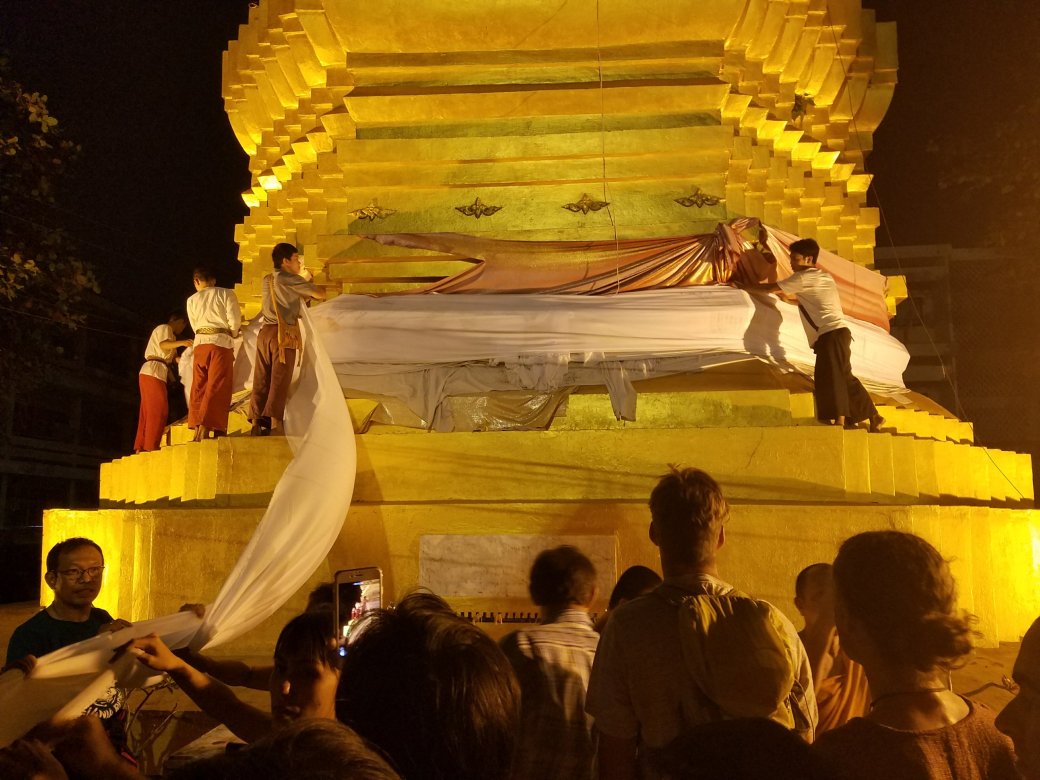 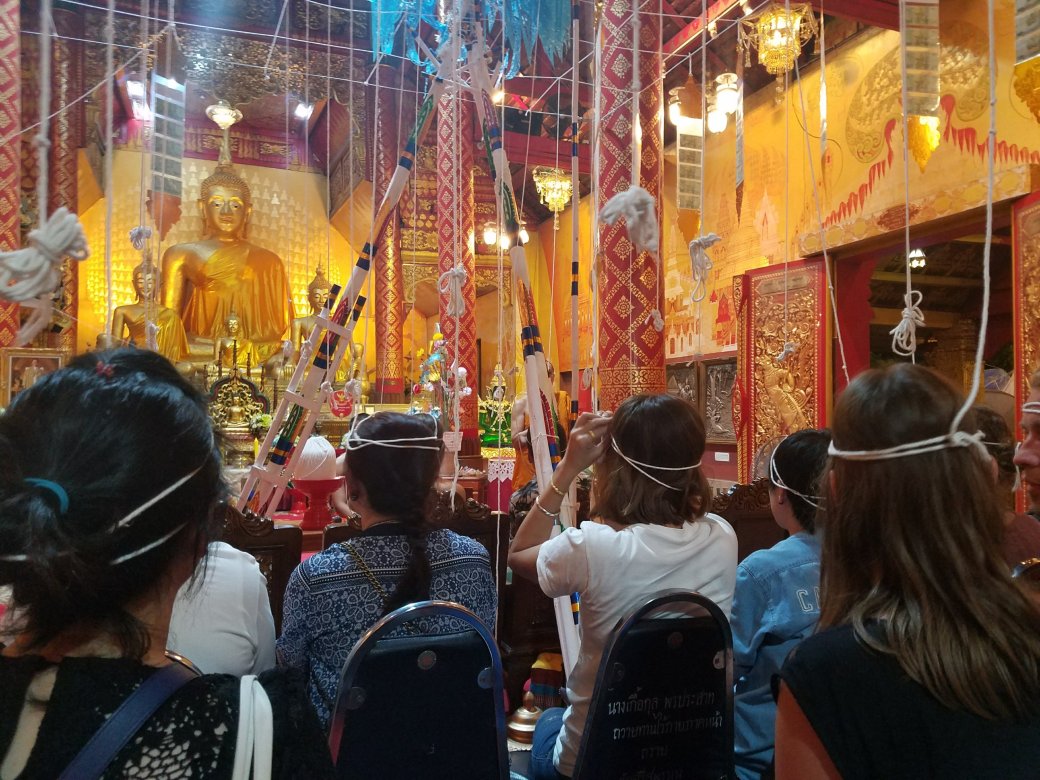 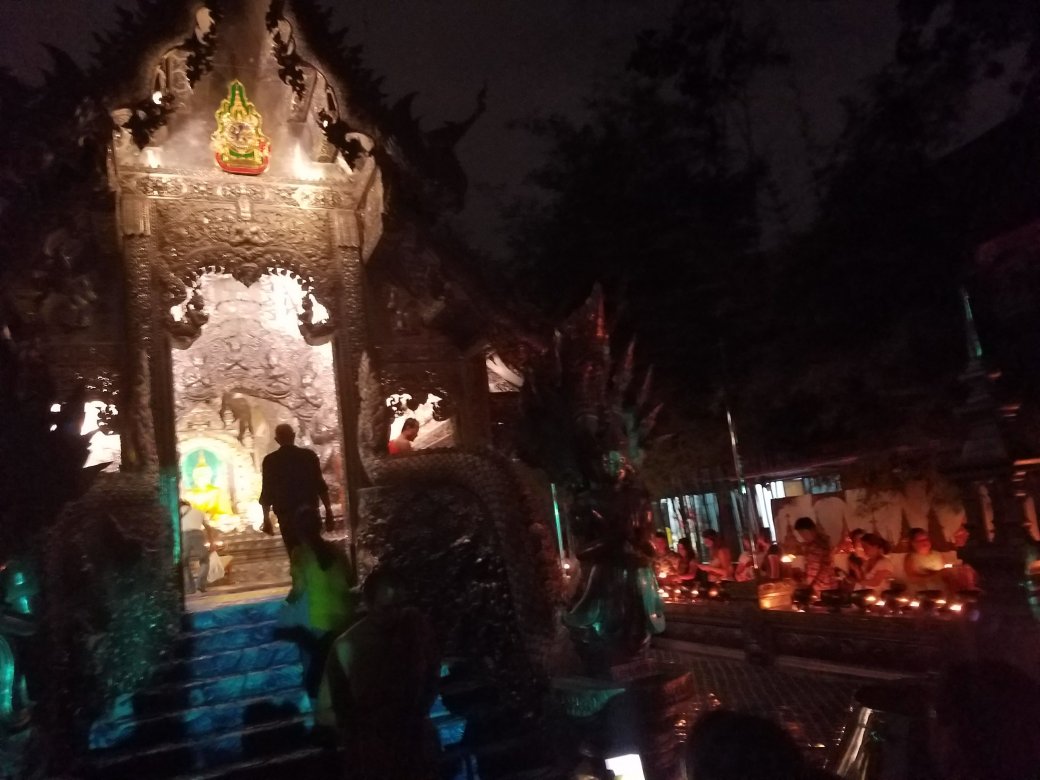 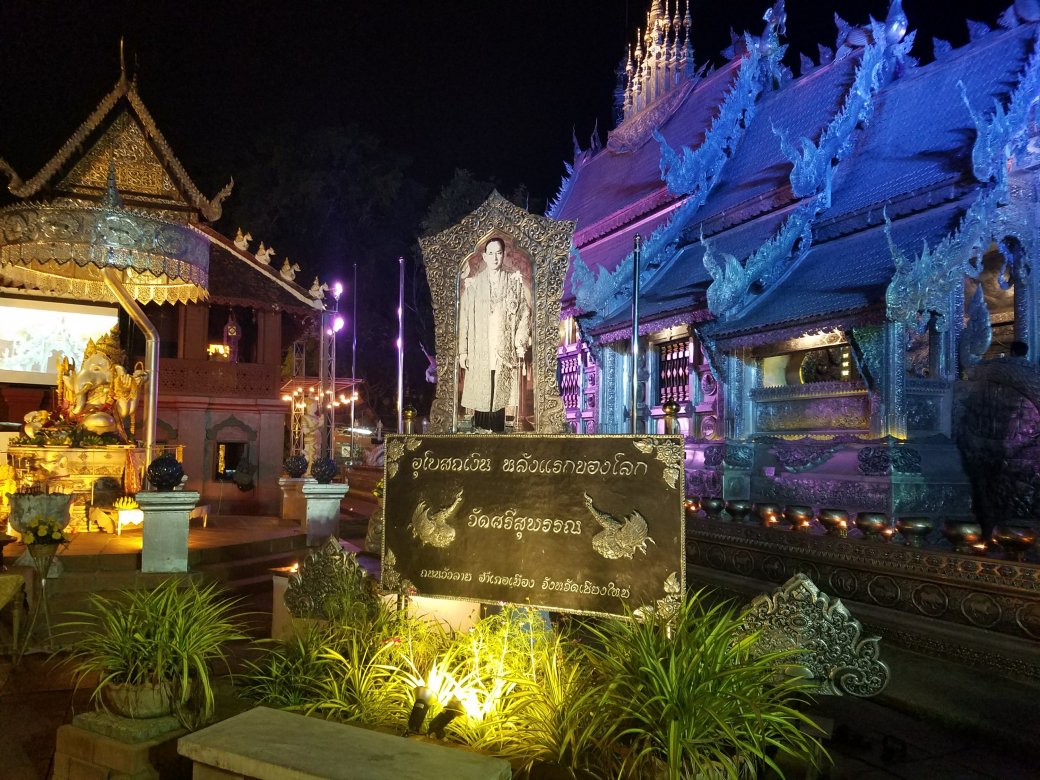 And because I’m out in the world, after that I met some friends (England, Austria, Holland) to watch Thai boxing. 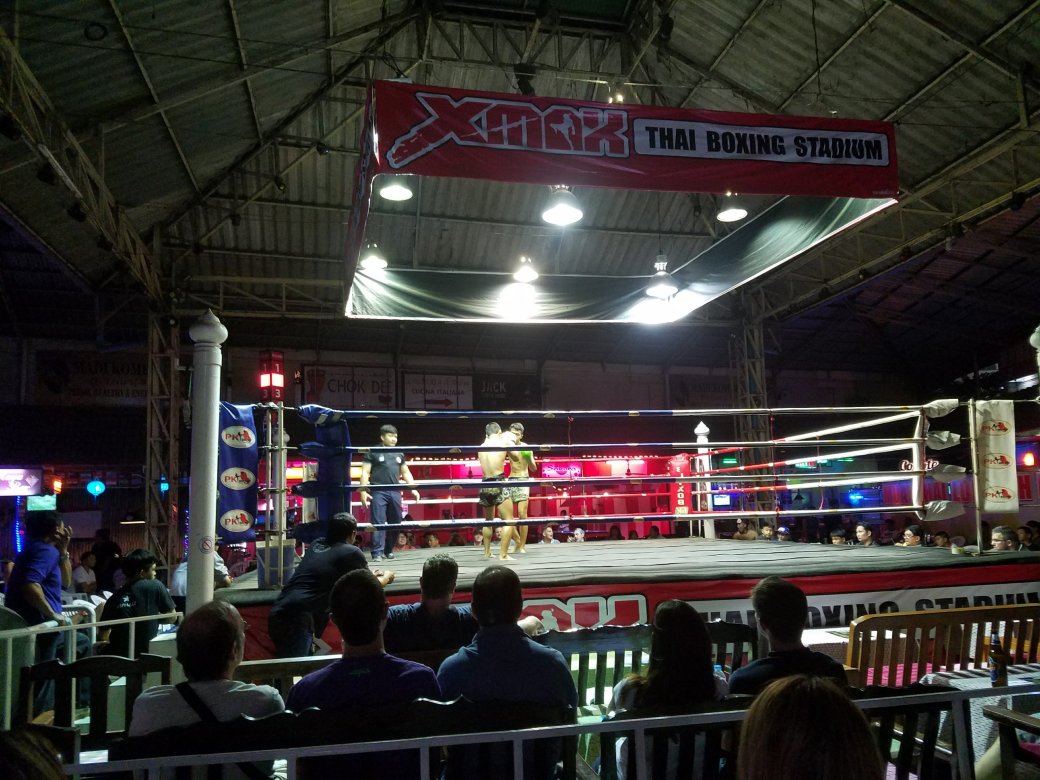 On the way home I had some delicious milk roti.

Sunday I went on a night tour of Wat Umong and Wat Phrathat Doi Suthep. From the second one we had an excellent view of Chiang Mai. They dropped us off at the Sunday night market which was not as good as the Saturday night market. 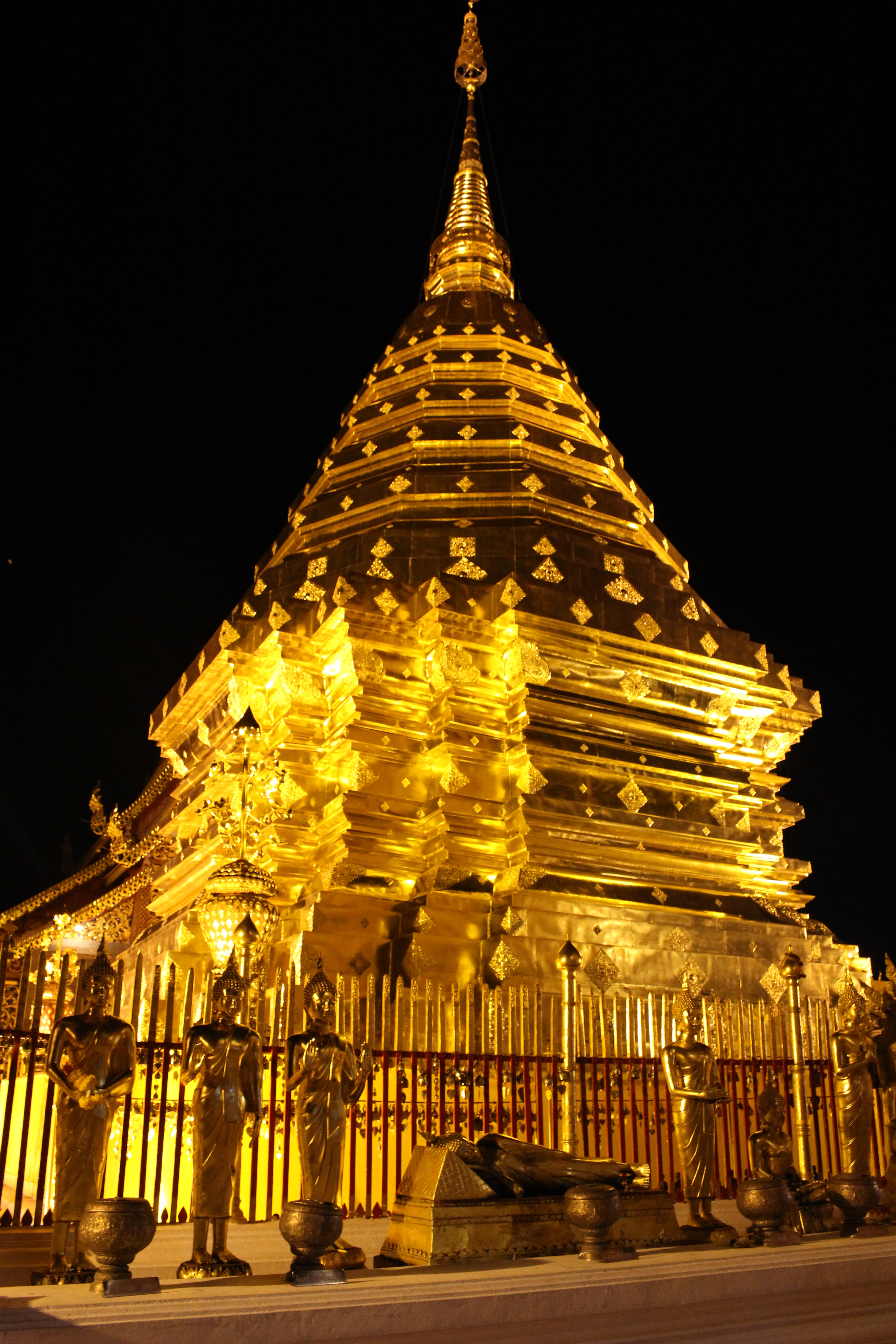 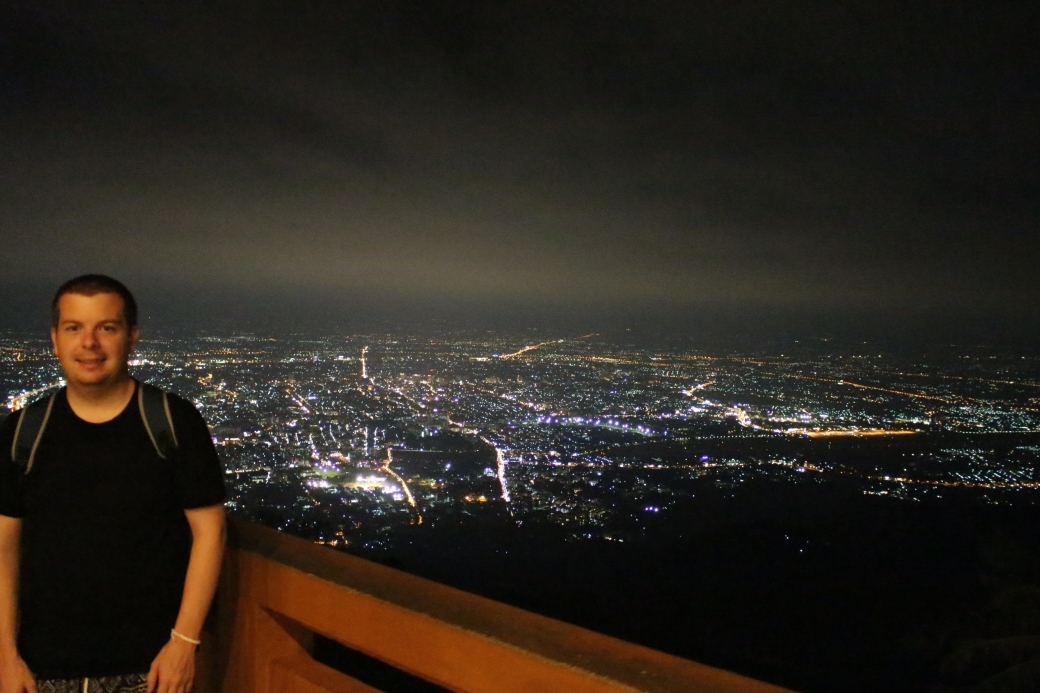 Monday I flew back to Bangkok, where I had Masaman and Thai tea for dinner and then took the ferry to a sky bar. 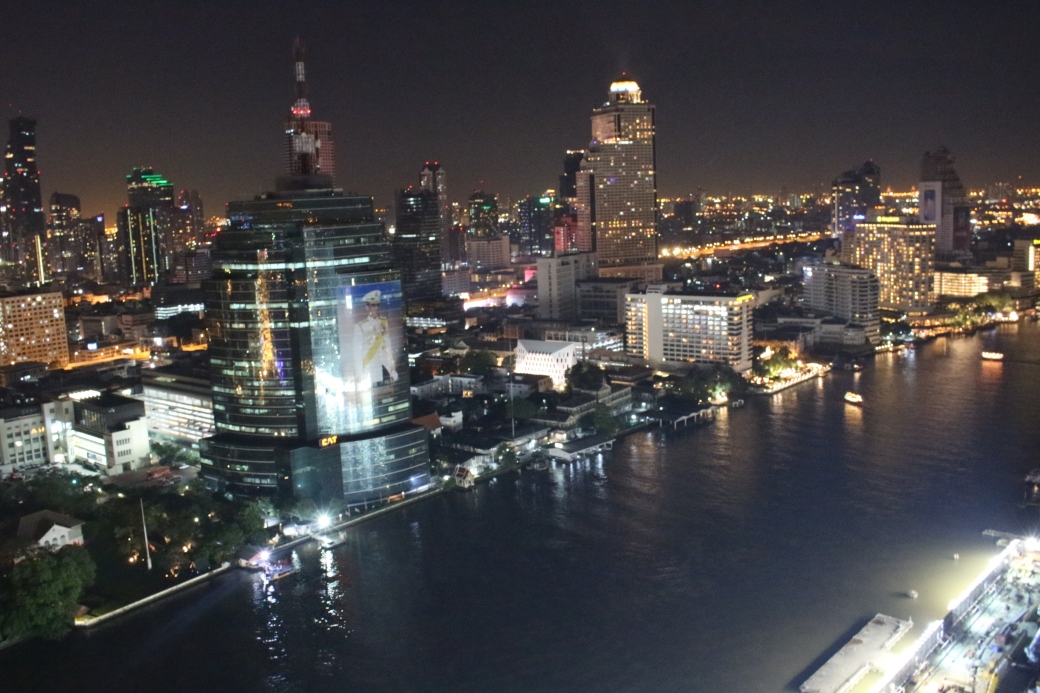 Tuesday I went to see the house of Jim Thomson, an ex CIA agent who lived in Thailand and was a collector of things. He was likely eaten by a tiger in the Malaysian jungle. It was near my previous hostel so I stopped for one of my favorite meals (its still cooking when they give it to you). 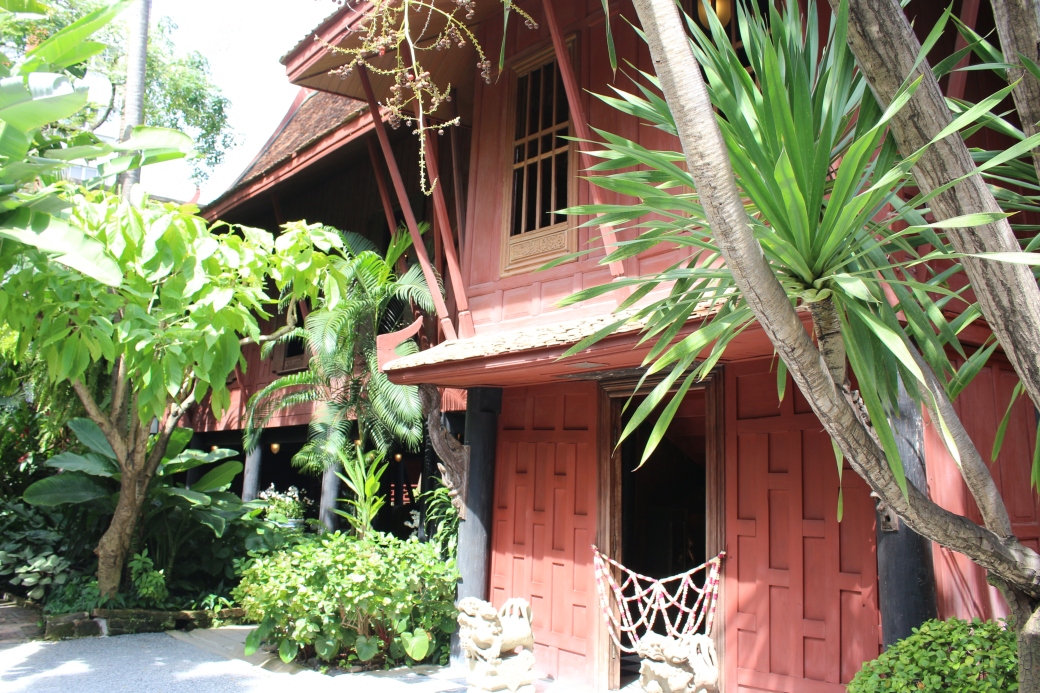 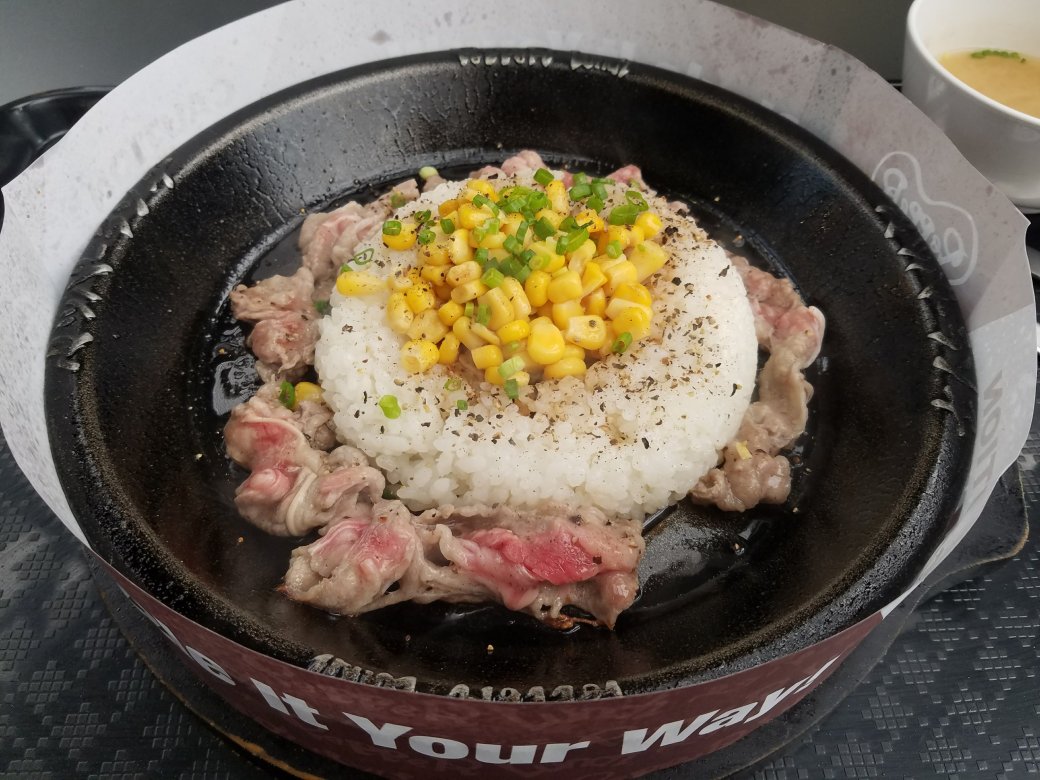 I also stopped for some iced lemon tea which is so sugary and good its like diabetes in a glass.