I decided to Ameritrip Croatia, which is where you travel at a grueling pace to fit everything in. It’s not sustainable and when your done you need a vacation. It is incredibly fun though. I’ve been trying not to do it up to this point.

I had originally planned to spend a second week in Prague. After already going to Prague I figured I should go somewhere else. Why Croatia? Not sure, I’m a mystery, but it sounded fun and with some consulting help from Emily I went.

Croatia! Land of sea food and canceled tours. I started in Dubrovnik, known a Kings Landing by some. I was here briefly in 2012 on a Mediterranean cruise with Crotty, Tracy, and Nat when Game of Thrones was in it’s 2nd season. Now they have Game of Thrones tours and stores.

I spent a large part of the day reading. I’ve been reading The Expanse this whole trip and I just started the fourth book. I’ve been plowing through the series and it’s been excellent. There is a TV show that is popular that I need to watch.

In the afternoon I climbed the city wall and walked all the way around, then took a gondola ride to the top of the mountain next to the town for dinner and watched the sunset.

I walked back to my hostel and talked with some people who were catching a 9 hour bus ride to Zagreb. They had been traveling for a while and were wrapping things up.

Thursday I drove to Split. To get to Split I had to pass through Bosnia. Even though Dubrovnik and Split are both in Croatia they aren’t connected by land. The drive was mostly along the coast so the view was much better than the Pennsylvania turnpike.

Friday I went to Krka national park. I had planned to drive but parking in Split was a pain so I ended up taking the bus to Skradin and a ferry from there. I walked the 2.5 miles around the waterfalls and then spent the rest of my time reading near the largest waterfall before catching the ferry and bus back to Split.

Saturday I was going to go to Hvar, but my trip was canceled Friday night. Even though it feels like summer it is the beginning of the off-season. I ended up going on a game of thrones tour. It showed where many of the Mereen scenes were filmed and gave some history of Split.

Afterward at lunch I met a drunk Austrian kept insisting I was Donald Trump. He was very very drunk, but still, there’s no bigger insult. He turned out to be a Trump supported. I have nothing kind to say, so instead help flip PA-12. His friends were more sober and friendly from the Bosnia military. We ended up having drinks.

I got out of that fun situation safely and met Tin and Edward from the UK back at the hostel. They were traveling in Croatia for vacation, almost as hastily booked as mine. We went out to drink with Sarah from Australia who was also traveling for a few months who I met earlier that day. After much walking we found a couple of excellent bars. Later many pizzas were had.

I had planned on going to Plitvice Lakes national park Monday, but it turns out it was on the way from Split to Zagreb, so I went Sunday. Plitvice was amazing. I went on a 4-6 hour hike, but somehow finished in 2 hours. I finished the drive to Zagreb, and found my hostel. Some of the pictures from Plitvice didn’t come out the best, auto-focus was working against me. The changing leaves added to the already impressive view. 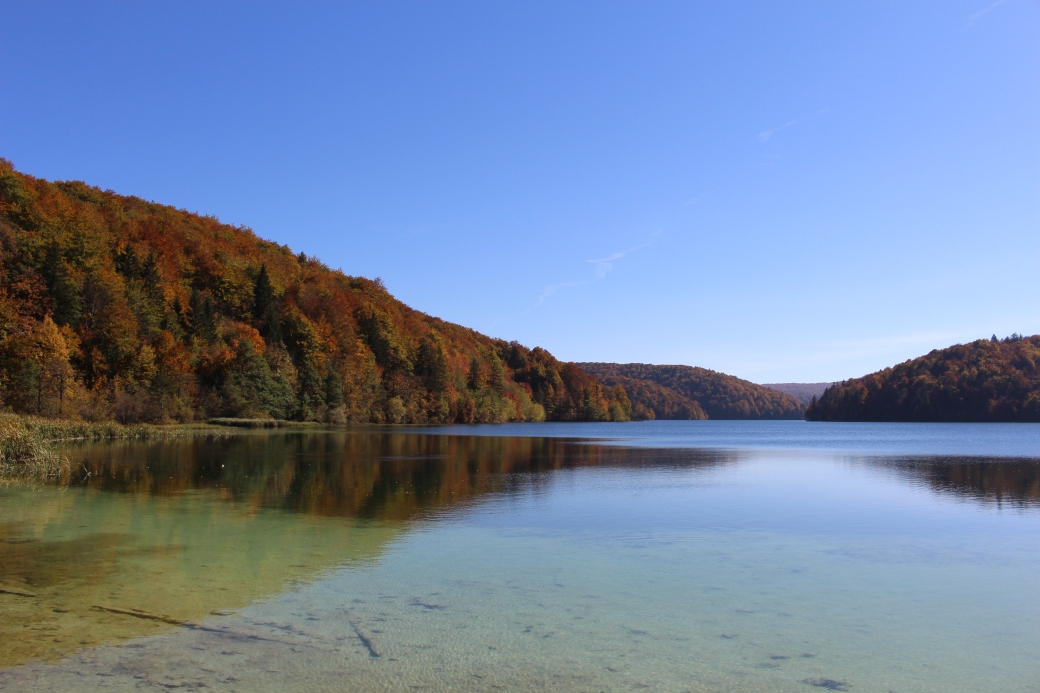 Monday I had no plans, since Sunday kind of took them over, so I went on a walking tour of Zagreb. I was going to go on a history tour of Croatia’s war for independence but that was canceled. On the recommendation of the British girls from Dubrovnik I visited the Museum of Broken Relationships. It was full of items people donated to remind them of their failed relationships and the story behind them. Some were funny, most were sad.

I had a goodbye Europe weisenbier at a brewery near where I was staying. I also set my “don’t get malaria” alarm.

Before deciding to come to Croatia last week I had never heard of Zagreb, Split, Krka, or Plitvice. They were all excellent and well worth the trip. Tuesday I flew to Prague. That took all day because to save money on the flight I connected through Moscow.

Thursday I’m flying to India. Here are my pictures from Croatia.