Budapest started great and ended with what was probably food poisoning. I made it a disappointing 3 days without being food poisoned, and I’ve spent the last few days recovering.

I did make it to see the Chain Bridge where I was able to figure out how my camera worked.

I’m traveling with my friends Nat and Jen for the next two weeks. We went on an evening river cruise and met some great people from Chicago. 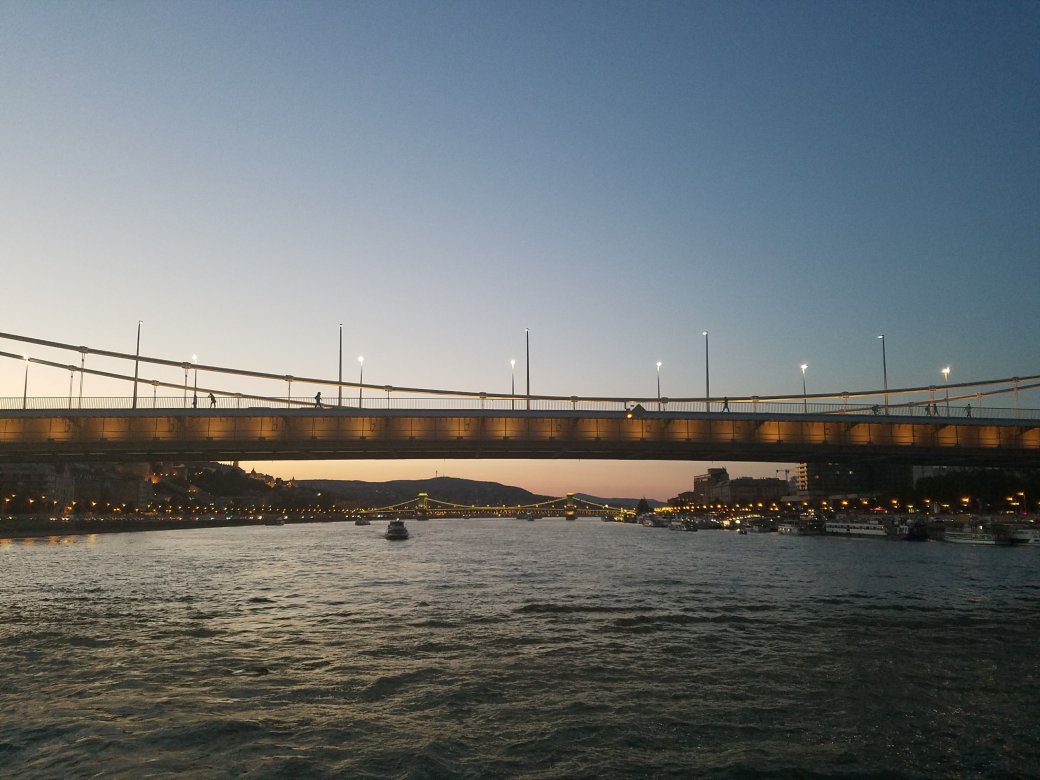 We had Lángos, a deep fried flatbread with sour cream, cheese, and bacon. I was sceptical but it was much better than it sounded.

Edit: Nat correctly pointed out that I’m unselling them, they were incredible.

On Tuesday we went to the thermal pools.

The one we went to had about 17 indoor and outdoor pools that were all naturally heated. Hungary was drilling for oil when they hit water instead.

Tuesday night is where I think things went awry for me. We settled on a not bad looking Hungarian restaurant. I had the Goulash, which is what I think got me.

That night we went to a riuns bar… I am not good at taking pictures it seems. It a number of bars built in abandon habitable buildings after World War II.

I went on a bike tour the next day even though I wasn’t feeling all that great.

I powered through it. Afterward I crossed the river on the chain bridge and took the incline up to meet Nat and Jen. That was the last thing I did in Budapest. Since then I’ve been fighting this stomach bug. We’re in Vienna now and had some things planed, but I may have to sit those out.